Following two fizzled-out fourth quarters in a row, the major record labels have prepared a superstar-packed holiday shopping season, with U2, Beyoncé, Dr. Dre, Metallica, AC/DC, Jay-Z and top American Idol stars dropping albums through the end of 2008, label sources say. For an industry mired in an eight-year slump, with album sales down 11 percent so far this year, according to Nielsen SoundScan, the pre-Christmas schedule is a rare bit of good news. "I'll probably stay guarded [on whether] it starts turning things around," says Lon Lindeland, Best Buy's senior entertainment manager, "but it certainly doesn't suck."

The fall starts with Metallica's Rick Rubin-produced 10th studio album, Death Magnetic, which is due September 12th. New releases from Jennifer Hudson, Pussycat Dolls, Akon, T-Pain and Kings of Leon will follow in September and October, but the quarter doesn't truly pick up until November, with the Killers, David Cook, David Archuleta, Black Eyed Peas and R. Kelly. (Even Guns n' Roses' Chinese Democracy has a chance: A source tells Rolling Stone that a November release date has been selected in case the band decides to put it out.)

Retailers expect U2, Eminem and Beyoncé for Thanksgiving week, though Eminem's label, Interscope, wouldn't confirm the release. "It's kind of going back to that [Thanksgiving week] a couple of years ago," says Andrew Gyger, Virgin Entertainment Group's senior music product manager, referring to 2004, when Eminem, U2 and Gwen Stefani came out at around the same time. "That was ridiculous."

Last year, despite strong titles from Kanye West, 50 Cent and the Eagles, expected releases from stars such as Mariah Carey, Lil Wayne and Nicole Scherzinger failed to materialize, and after poor fourth-quarter sales, major labels wound up laying off dozens of employees. This year, artists and labels seem determined not to make the same mistake. "Everyone's trying to put out a record while they still can," says Bob McLynn, Fall Out Boy's manager. (FOB's Pete Wentz has said the band's new disc should be out by the end of the year.) "Who knows if you still can put out fucking records a year or two from now? Is it going to be online only? Is it going to be singles?"

Major-label execs agree that the business' total shift from high-profit CDs to singles-focused digital releases will accelerate over the next few years. "It's somewhere in the future, but it's not January of '09," says Tom Carrabba, GM of Zomba Label Group, which is putting out new albums by T-Pain, R. Kelly, Pink, Ciara and Big Boi this fall. "We have some time before that physical album really goes away."

Retailers and labels are continuing to experiment with new ways to put out music. After the Eagles' Long Road Out of Eden became one of last fall's top-selling albums as a Wal-Mart exclusive, Columbia Records will release AC/DC's new album October 20th only at Wal-Mart.

But the 2008 holiday season will live or die on old-fashioned hits. "It depends on whether the U2 record is going to have five singles and is still selling a year later, and if the Beyoncé record does the same thing," says Virgin's Gyger. "But the fall looks extremely impressive. Especially coming off a weak last year, it looks really, really strong." 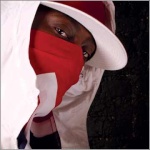 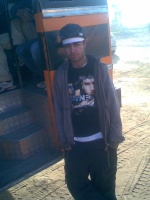 Honestly... I don't think its much of news because its "retailers expect" that

rahul.never2far wrote:Honestly... I don't think its much of news because its "retailers expect" that

Good enough for me at the moment!

Yup!!! Its kinda encouraging though...